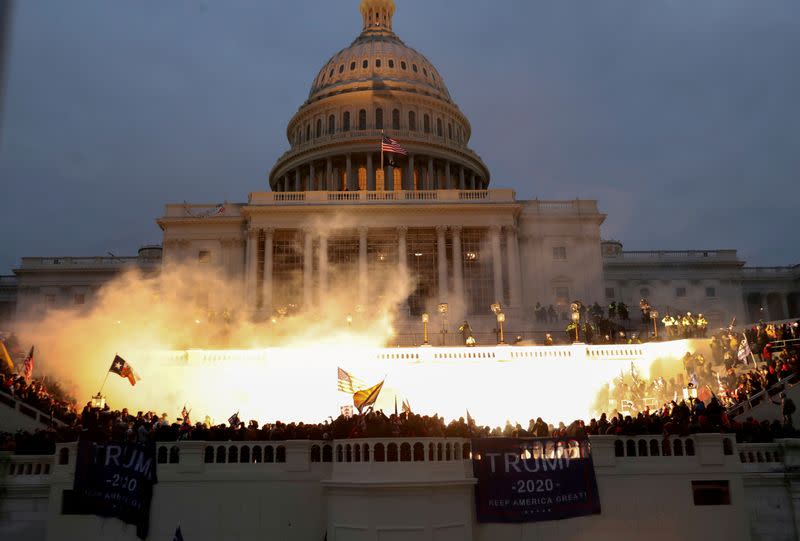 By Jan Wolfe and Patricia Zengerle

WASHINGTON (Reuters) -The U.S. House of Representatives committee investigating the Jan. 6, 2021, Capitol attack by Donald Trump’s supporters requested interviews with three Republican lawmakers, saying they have information about the planning of events that day.

Biggs, Brooks and Jackson did not immediately respond to requests for comment.

Representatives Benny Thompson and Liz Cheney, who lead the Select Committee, said in a statement that their colleagues have a patriotic duty to cooperate with the investigation.

“The Select Committee has learned that several of our colleagues have information relevant to our investigation into the facts, circumstances, and causes of January 6th,” Thompson and Cheney said.

“As we work to provide answers to the American people about that day, we consider it a patriotic duty for all witnesses to cooperate.”

Whether the three lawmakers will voluntarily cooperate with the panel remains to be seen. Earlier this year, House Minority Leader Kevin McCarthy rejected demands by the committee for testimony, saying it does not serve “any legislative purpose.”

Brooks, an Alabama Republican, had a falling out with Trump in March after Trump accused him of not doing enough to overturn the results of the 2020 presidential election.

After Trump withdrew his endorsement of Brooks’ struggling campaign, Brooks issued a statement in March accusing Trump of making unconstitutional demands to rescind the 2020 election results.

“As a lawyer, I’ve repeatedly advised President Trump that January 6 was the final election contest verdict,” he added.

In late March, a U.S. judge ruled that former President Donald Trump “more likely than not” committed a felony by trying to pressure his vice president to obstruct Congress and overturn his election defeat on Jan. 6, 2021.