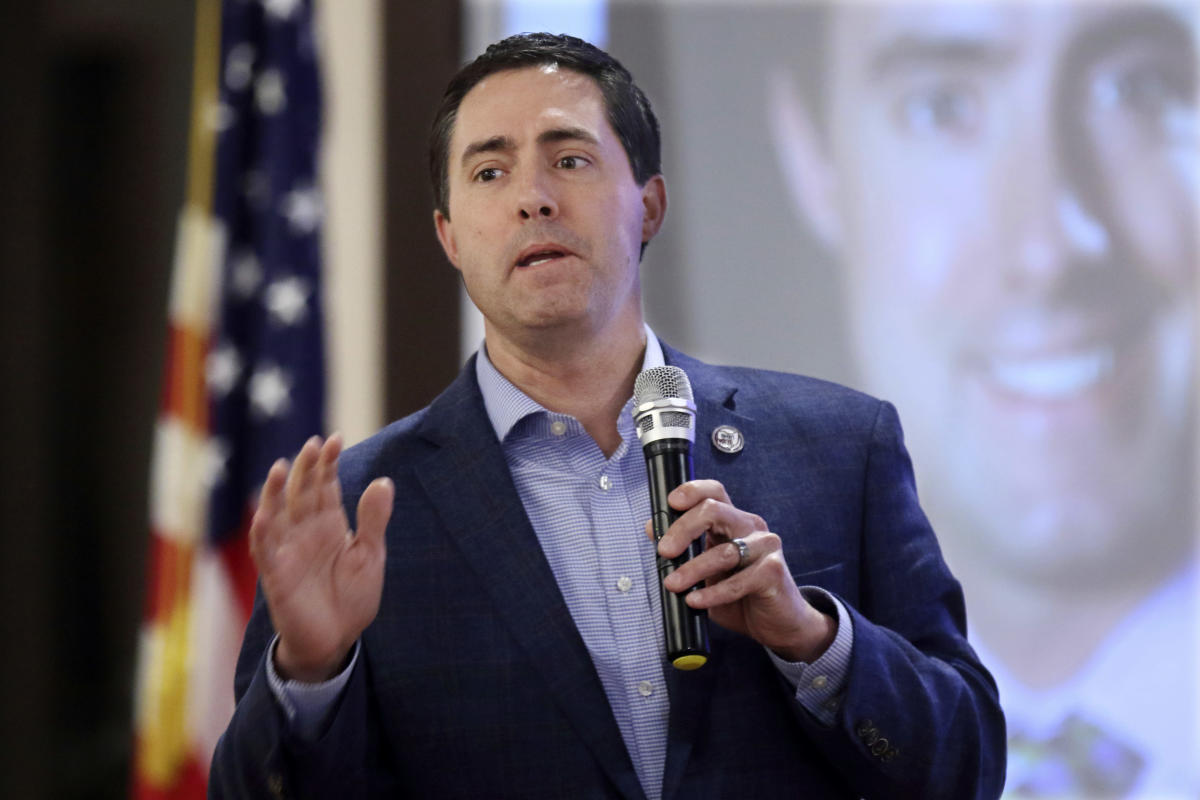 COLUMBUS, Ohio (AP) — Ohio Secretary of State Frank LaRose won the Republican nomination for his second term in office on Tuesday, defeating conservative challenger John Adams, who had questioned the legitimacy of the 2020 presidential election.

Despite Adams’ open questioning of the 2020 results, former President Donald Trump had endorsed LaRose in the race. LaRose adopted some of Trump’s talking points on voter fraud before winning Trump’s endorsement, even though he had previously defended the validity of the 2020 election.

LaRose downplayed any notion of voter fraud as a problem in Ohio in a statement after his victory. “Not only have we made Ohio’s elections secure, accurate, and accessible, but we’ve made them a model for other states across the country,” he said.

Clark promised “to protect our gains and ensure that every eligible Ohioan has unobstructed access to the voting process.”

The Ohio election was the first of several closely watched races for secretaries of state in the midterm elections. The post grew in importance on the national political scene as Trump endorsed candidates who backed his lies that massive voter fraud cost him reelection.

Primaries for the top election offices will follow over the next few weeks in Nebraska, Idaho, Alabama and the presidential battleground of Georgia. While Indiana also holds a primary Tuesday, nominees for secretary of state and some other offices won’t be decided until party conventions in June.

Voters in about two dozen states will be deciding who will be their state’s next chief election official this year. In three politically important states —- Florida, Pennsylvania and Texas — the position will be filled by whoever wins the governor’s race. In New Hampshire, the decision will be made by the state Legislature — currently controlled by Republicans.

LaRose, a former Green Beret and ex-state senator, had supported Trump in his inaugural run for president and was part of a team that handled logistics for Trump’s 2017 inauguration.

Adams, an Army and Navy veteran and former state lawmaker, had criticized LaRose for his role in postponing the March 2020 primary during the coronavirus pandemic.

That month, as concerns about COVID-19 accelerated, LaRose directed all 88 Ohio county boards of elections to comply with the state health director’s order the night before the March 17 primary to close polls to prevent the spread of the coronavirus. He rescheduled in-person voting for June 2.

That timeline was later challenged in court by the Ohio Democratic Party, which advocated for casting all remaining votes by mail. Lawmakers ultimately set a new, almost exclusively mail-in primary election for April 28, 2020, over LaRose’s wishes.

This year, LaRose found himself in the primary spotlight again because of his dual roles as the state’s elections chief and as a GOP representative on the seven-member Ohio Redistricting Commission, charged with drawing new legislative maps. Because the Ohio Supreme Court repeatedly shot down proposed redistricting maps as unconstitutional gerrymanders, the state is holding a partial primary Tuesday, with state legislative races being decided later.

In the weeks after the 2020 presidential election, LaRose said, “Elections are run better and more honestly than really I think they ever have been.” Months later, he said in an interview what has proved true in state after state — that voter fraud is rare.

This February, LaRose shifted his tone on Twitter, saying the “mainstream media is trying to minimize voter fraud to suit their narrative” and “President Donald Trump is right to say that voter fraud is a serious problem.” Trump endorsed LaRose in April.

Adams said he ran for the state elections post because he didn’t believe Trump had lost the 2020 election.

“Why am I running for secretary of state?” Adams said at a campaign event last month. “Well, we had an election two years ago, and I woke up the next morning and I said, ‘You gotta be kidding me. There’s no way that Trump lost. No way.’”