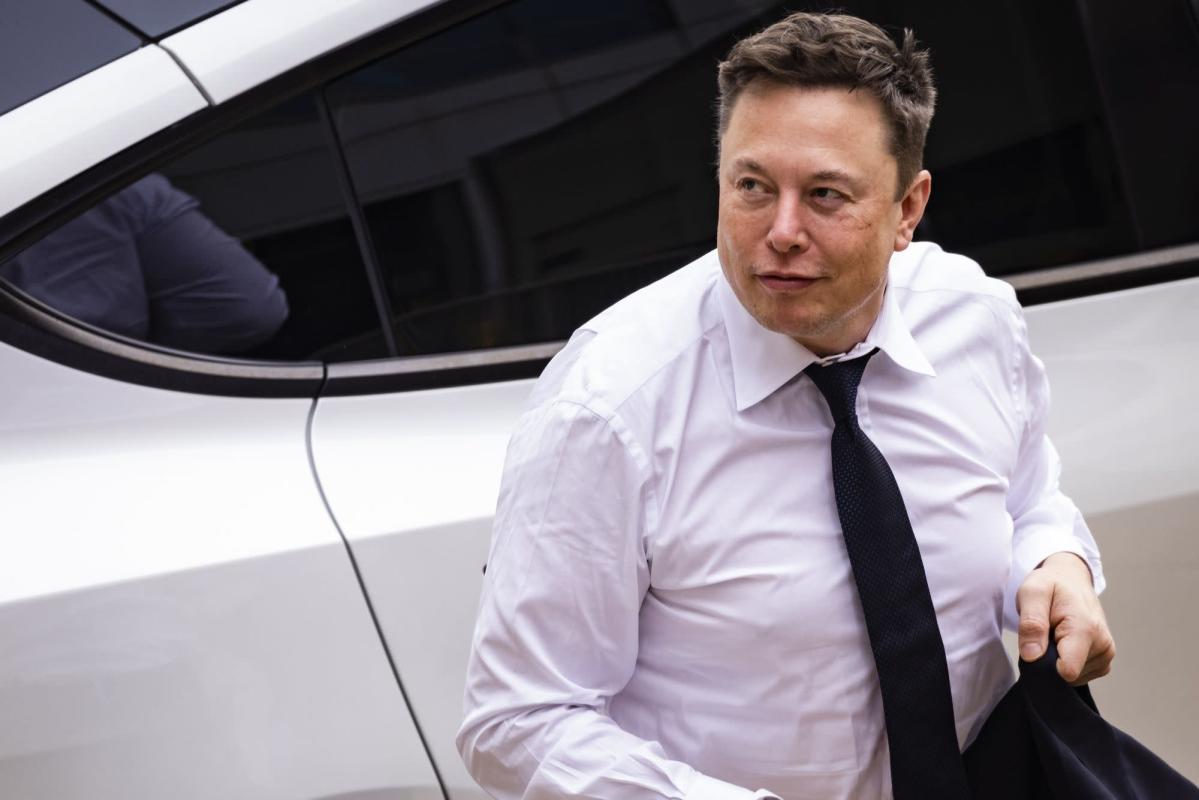 (Bloomberg) — Elon Musk offloaded $6.9 billion of stock in Tesla Inc., the billionaire’s biggest sale on record, saying he wanted to avoid a last-minute selloff of the electric-car maker’s shares in the event he is forced to go ahead with his aborted deal to buy Twitter Inc.

Tesla’s chief executive officer sold about 7.92 million shares on Aug. 5, according to a series of regulatory filings that landed after US markets closed Tuesday. As speculation mounted over the reason for the disposal, Musk responded in a series of late night tweets, saying he wanted to avert an emergency sale of stock if he is compelled to complete the $44 billion takeover of Twitter, which he walked away from last month.

Asked by followers if he was done selling Tesla shares and would buy the stock again if the deal doesn’t close, Musk responded: “Yes.”

The sale comes just four months after Musk, the world’s richest person, said he had no further plans to sell shares in the carmaker he’s built into a global force after disposing of $8.5 billion of stock in the wake of his initial offer to buy Twitter. Since then, Tesla’s shares have rebounded from lows reached in May, benefiting from broader gains in US equities.

“He certainly is clarifying that he is cashing up for Twitter,” said Charu Chanana, strategist at Saxo Capital Markets Pte in Singapore. “The timing of the sale — just ahead of the US CPI release — does say something though. The bear market rally has started to falter, and further repricing of Fed expectations could mean more pain for equities ahead, especially in tech.”

Musk May Keep Selling Tesla, With or Without Twitter: MLIV Pulse

Tesla shares have risen about 35% from this year’s lows, though are still down about 20% this year.

Tesla’s market fortunes have been tied to those of the Twitter deal since Musk made his surprise overture earlier this year.

The billionaire last month said he was terminating the agreement to buy the social network where he has more than 102 million followers and take it private, claiming Twitter has made “misleading representations” over the number of spam bots on the service. Twitter has since sued to force Musk to consummate the deal, and a trial in the Delaware Chancery Court has been set for October.

In May, Musk dropped plans to partially fund the purchase with a margin loan tied to his Tesla stake and increased the size of the equity component to $33.5 billion. He had previously announced that he secured $7.1 billion of equity commitments from investors including billionaire Larry Ellison, Sequoia Capital and Binance. In his tweets late Tuesday, Musk said the stock sale was also to contingency for if those private investors don’t come through.

At the weekend, Musk tweeted that if Twitter provided its method of sampling accounts to determine the number of bots and how they are confirmed to be real, “the deal should proceed on original terms.”

The Twitter deal included a provision that if it fell apart, the party breaking the agreement would pay a termination fee of $1 billion, under certain circumstances. Legal experts have debated whether the conflict over spam bots is enough to allow Musk to walk away from the deal.

Musk, 51, has now sold around $32 billion worth of stock in Tesla over the past 10 months. The disposals started in November after he polled Twitter users on whether he should trim his stake in the platform, kicking off the rollercoaster ride that’s stunned even the most seasoned Musk watchers. He now owns 14.84% of Tesla, leaving him still by far the largest stakeholder.

Commenting before Musk’s tweets clarifying the reason for the sale, Gene Munster, managing partner of Loup Ventures, said he put the odds of the tycoon buying Twitter at 75%.

“I’m shocked,” Munster said. “This is going to be a headwind for Tesla in the near term. In the long term, all that matters is deliveries and gross margin.”

Musk’s $250.2 billion fortune is the world’s largest, according to the Bloomberg Billionaires Index, but his wealth has fallen around $20 billion this year as Tesla shares declined.

The carmaker’s shareholders approved a three-for-one stock split last week, a move designed to attract an even larger number of retail investors given the shares’ recent rebound. Tesla’s better-than-expected second-quarter earnings have been a tailwind, along with landmark US climate change legislation that aims to boost the use of clean energy through a series of tax incentives.

(Updates with comments from analysts from fifth paragraph.)