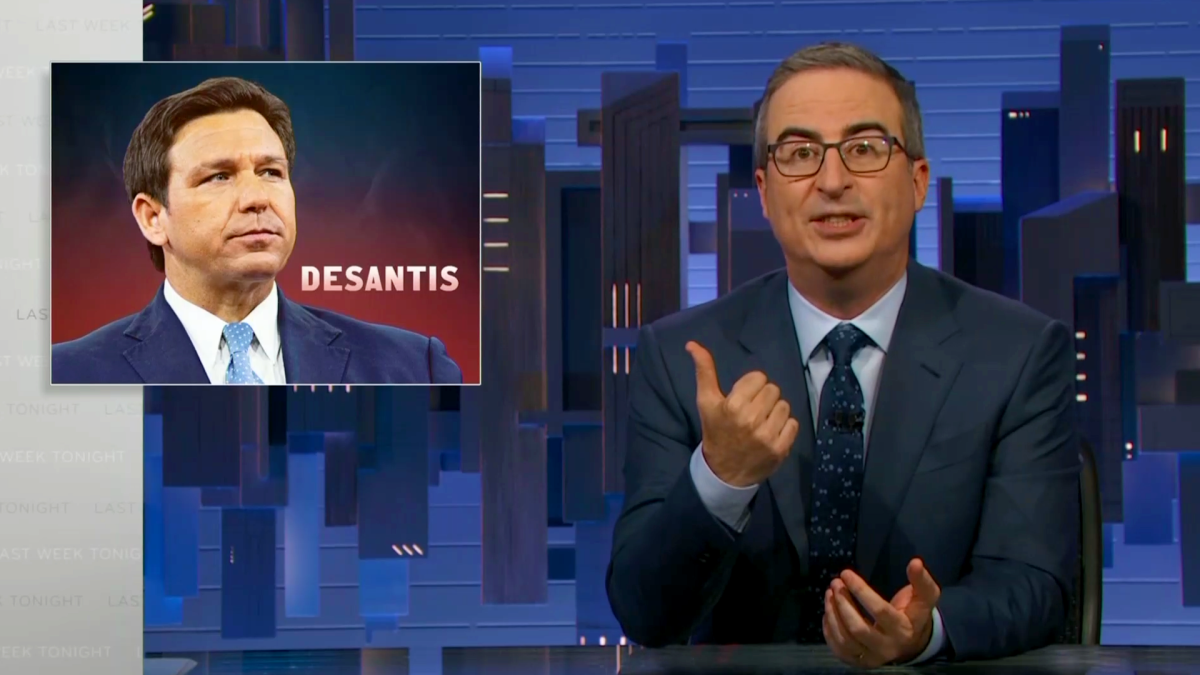 On Last Week Tonight With John Oliver, Sunday, Oliver slammed Florida governor Ron DeSantis for the state’s new law stripping Disney of its special tax, and self-governing status. The bill was passed in retaliation for Disney coming out against Florida’s so-called “Don’t Say Gay” bill. Though DeSantis has claimed that the new law will not substantially raise taxes on Floridians in the two counties in which Disney operates, experts claim that’s not the case. Oliver pointed out that according to Florida law, taxpayers will be responsible for the monetary burden if the law goes into effect as it’s supposed to next year. On top of that, Disney claims that according to existing Florida law, the new legislation is unlawful.

“There are plenty of signs that DeSantis didn’t really think this through, with experts pointing out that the law might actually violate the contract clause of the Florida constitution,” Oliver said. “And also, the Florida state law requires the county assumes the district’s debt when it’s dissolved, which could mean that Orange and Osceola counties, where the district is, inherit upward of a billion dollars in bond debt.”

DeSantis has claimed that the new law will not affect taxpayers, saying instead that Disney will pay higher taxes. Oliver clearly has no problem with a multi-billion dollar company like Disney paying more taxes, but he does have a problem with how it came to be, if the law survives litigation.

“Do I think it’s bad if Disney pays more taxes? No, I don’t. That would be a good thing,” Oliver said. “I don’t love that it might happen, not through meaningful tax reform, but on the whim of one right wing dipsh*t who’s scared of gay people and doesn’t understand the first amendment. But hey, ends, means, what are you gonna do?”

Watch CNN’s Fareed Zakaria claim Russia’s invasion of Ukraine ‘is a much bigger deal than 9/11’: