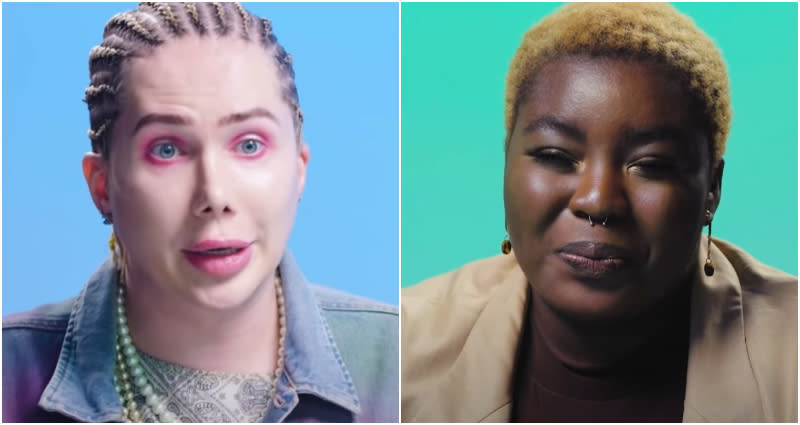 British personality Oli London has continued to defend transracialism in a documentary series called “Would You Rather?”

In the May 2 episode of the Channel 4 series, London sat down with a Black woman, who was not named in the video, to discuss whether someone can identify as “transracial.”

“I identify as Korean,” London said. “I used to live in Korea. I was living there for one year. I love the culture, the history, the people. I put myself through a lot of pain, a lot of surgical procedures to have more of a Korean aesthetic. I spent a lot of time learning the language, learning how to cook Korean food.”

London said “people didn’t really get it” when they came out, but they hope to be more accepted over time.

On the other side of the table, the woman opened her response by immediately rejecting the idea of transracialism.

“Transracial does not exist, and I think it’s very, very harmful to push the narrative that it is possible to switch races,” she said.

“I can’t sit up here and suddenly say ‘Oh, I’m a white woman. And if you as a white person says, ‘Oh, I can be Black or I can be Korean,’ and I can’t swap or benefit from the privilege that you benefit from, then it’s clearly not an equal exchange. Because whiteness in this country has been set up in a way. How I interact with the police, how I interact with the medical system can result in me dying.”

The woman also discussed cultural appropriation, which she described as devaluing what ethnic minorities do.

In their defense, London reiterated their Korean experience and asserted that “no one can take that happiness away from me.”

While acknowledging that “no one can take away what a minority group has been through,” London claimed that “millions and millions” of people are already “combining cultures” by incorporating Korean elements from K-pop or K-dramas into their lifestyle.

“I’m Korean, people need to accept that,” they said.

The episode concluded with both parties standing their ground.

In a more recent interview with the Daily Mail, London identified themself as a gender-fluid Korean woman.

“While people know I recently had surgeries to transform my face, what I haven’t shared with people yet is the recent surgeries I had are to help me to become a Korean woman.

“Over the last eight years I have struggled with identity issues and always been confused about who I am. So last year I came out as transracial Korean and that was an important step in my transition process.

“Now however, with my most recent surgeries I have been experimenting and exploring being a Korean woman and now feel ready to share with the world that I am gender fluid and now living as a Korean woman.”

As of June 2021, London was reported to have undergone 18 surgical procedures to look like Jimin. These include a facelift, temple lift and dental work that gave him “incredible custom-made new teeth” that were “based on Jimin’s smile,” among others.

Why Filipinos are so good at singing

Henry Golding purchases a CryptoPunk NFT artwork for over $650,000