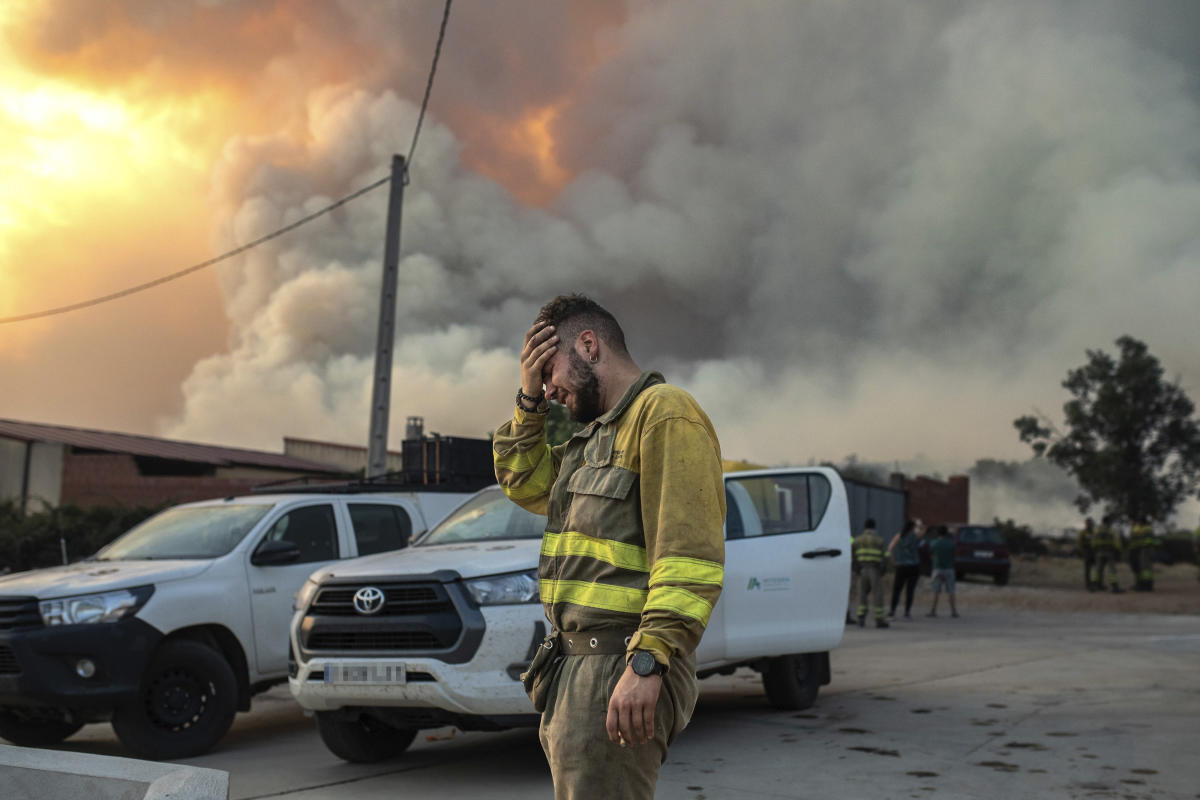 LA TESTE-DE-BUCH, France (AP) — France scrambled more water-bombing planes and hundreds more firefighters to combat spreading wildfires that were being fed Monday by hot swirling winds from a searing heat wave broiling much of Europe. In Spain, two people have been killed in blazes there.

With winds changing direction, authorities in southwestern France announced plans to evacuate more towns and move out 3,500 people at risk of finding themselves in the path of the raging flames.

It said more than 200 reinforcements were also being added to the 1,500-strong force of firefighters battling night and day to contain the blazes through the Gironde region’s tinder-dry pine forests that are also sending burning embers into the air, further spreading the flames.

Spain reported a second fatality in two days as it battled wildfires. The body of a 69-year-old sheep farmer was found Monday in the same hilly area where a 62-year-old firefighter died a day earlier when he was trapped by flames in the northwestern Zamora province. More than 30 forest fires around Spain have forced the evacuation of thousands of people and blackened 220 square kilometers (85 square miles) of forest and scrub.

In both France and Spain, fierce heat is fueling blazes. Forecasters warned of temperatures above 40 C (104 F) for Monday. Climate change is making such life-threatening extremes less of a rarity.

“I left my country under fire, literally under fire,” Teresa Ribera, Spain’s minister for ecological transition, said as she attended talks on climate change in Berlin on Monday.

She warned of “terrifying prospects still for the days to come” — after more than 10 days of temperatures over 40 C (104 F), cooling only moderately at night.

The heat wave in Spain is forecast to ease on Tuesday, but the respite will be brief as temperatures rise again on Wednesday, especially in the tinder-dry western Extremadura region.