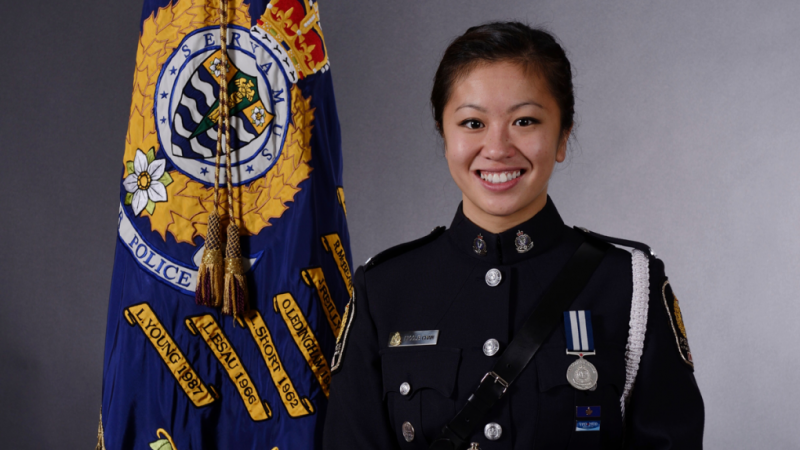 The family of former Vancouver cop Nicole Chan, the officer who died by suicide after being blackmailed into an inappropriate intimate relationship with her superiors, filed a lawsuit against the city and its police department.

The lawsuit, which was filed by Chan’s sister Jennifer Chan and mother Lai Ching Ho in January but only recently came to light, claims that Chan was coerced into having an intimate relationship with her superior, Sgt. David Van Patten.

Van Patten reportedly made contact with Chan while the latter was applying for a new position within the Vancouver Police Department in early 2016. The officer allegedly began flirting with Chan via text messages after rejecting her application. He purportedly pressed the female officer into having an intimate relationship with him during a work trip and urged her to keep it a secret.

Van Patten was also accused of threatening Chan with evidence of her previous relationship with another officer named in the lawsuit, Sgt. Greg McCullough.

More from NextShark: Andrew Yang’s Nonprofit Will Give Over $1 Million to Help Americans Fight COVID-19

The Vancouver Police Department’s policy requires its officers to disclose intimate relationships with their colleagues to their superiors. The lawsuit said the policy was insufficient “to protect “vulnerable employees such as Nicole” and that it “failed to ensure relationships were not abusive of the power relationship inherent in such an environment.”

“Sgt. Van Patten attained Sgt. McCullough’s cellular phone and scrolled through media, wherein he discovered evidence of the intimate relationship between Nicole and Sgt. McCullough,” the lawsuit claims, adding that the officer “took a video of himself scrolling through the phone for the purpose of threatening to disclose the affair.”

As the human resources officer responsible for Chan’s employee file, Van Patten “ought to have known” about the female officer’s struggle with mental health.

“Van Patten knew, or ought to have known, that Nicole was (a) vulnerable person with a recent history of mental distress related to intimate relationships among other triggers,” the lawsuit said.

The police department was reportedly made aware of Chan’s mental health issues in 2012 after she was involved in a car accident that her employer interpreted “as a suicide attempt” years before her relationships with Van Patten and McCullough.

The lawsuit claims that the 2012 incident was followed by three more “mental health episodes,” culminating in 2017 when Chan was placed on paid leave. She was diagnosed in 2018 with “unspecified trauma and stressor-related disorder” and “major depressive disorder.”

While suffering from her mental health episodes, Van Patten reportedly told Chan not to consult with the police department’s psychologist, as doing so would reveal their relationship.

“Van Patten willfully inflicted mental distress on Nicole so that he could manipulate her into sexual acts and a power-imbalanced secret intimate relationship that served to benefit him,” the document claims.

Chan came forward to file a complaint with the Vancouver Police Board against Van Patten and McCullough in 2017 and another complaint in 2018 with WorkSafeBC against her employer.

Chan’s complaint with the Vancouver Police Board resulted in an investigation against Van Patten. The Office of the Police Complaint Commissioner suggested four counts of discreditable misconduct against the officer.

On Jan. 27, 2019, three weeks after providing an impact statement as part of the investigation, Chan was found dead.

The two officers involved in the lawsuit have since left the police department. Van Patten was reportedly suspended before being fired, and McCullough was issued two brief suspensions before he resigned.

Chan’s family is seeking general, aggravated and punitive damages. They are also seeking special damages and damages to remedy a breach of Chan’s rights under the Charter.