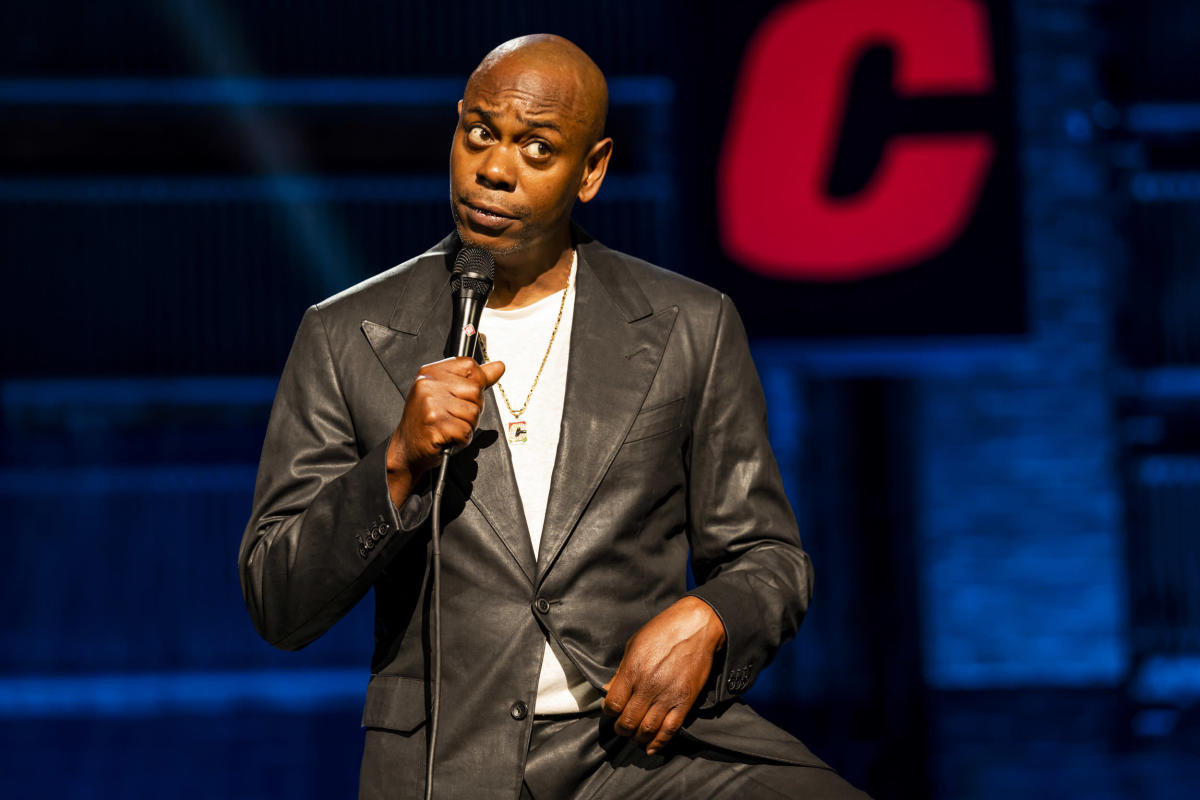 Dave Chappelle was attacked on stage on Tuesday night after a person ran up and tackled the stand-up comedian during a performance at the Hollywood Bowl in Los Angeles.

In video posted to social media, someone in the crowd can be seen running onto the stage before leveling Chappelle as security officers race to intervene.

The Los Angeles Police Department confirmed the incident, telling NBC Los Angeles that the male suspect had been armed with a replica gun that could eject a knife blade when discharged correctly. It was unclear if the suspect made an attempt to use the weapon.

The LAPD said the suspect had been in the audience prior to the attack, then jumped on stage and attacked Chappelle just as he was about to leave the stage. The comedian was performing at the “Dave Chappelle and Friends” show, which was part of the Netflix Is A Joke Festival.

Security guards hired for the show intervened and pulled the suspect off the comedian, before detaining him, police said. They said the suspect sustained superficial injuries during the altercation and was taken to hospital following the event.

Chappelle was not injured in the attack, they said.

Brianna Sacks, a BuzzFeed News reporter who attended the show and witnessed the altercation, told NBC News she was left stunned after the suspect “charged and tackled Chappelle.”

She said both uniformed security workers and people in plain clothes appeared to rush to Chappelle’s aid and had started “kicking and punching” the suspect in an assault that went on for several minutes.

She said Chappelle later continued the show, joking about the altercation, which she said appeared to have left some audience members in shock. “We all kind of stood there frozen,” she said.

Sacks said the comedian also referenced how he has had to ramp up his security after facing widespread backlash for his jokes about the transgender community.

It is unclear why the suspect attacked Chappelle and police have yet to release his identity.

Sacks said she saw the suspect being loaded into an ambulance after the show. She said he appeared to have been badly beaten.

Sacks compared the incident to comedian Chris Rock being slapped on stage by actor Will Smith at the Oscars on March 27. Rock had also performed at the Hollywood Bowl on Tuesday and she said he had joked about the incident before Chappelle was tackled.

She said Rock had also come onstage after the attack and had joked about the suspect “maybe being Will Smith.” “You know, they were like, ‘is that Will Smith?'”

“I think it just shows, like, the reality for comedians right now,” she said.

Representatives for Chappelle and the Hollywood Bowl did not immediately respond to requests for comment from NBC News.