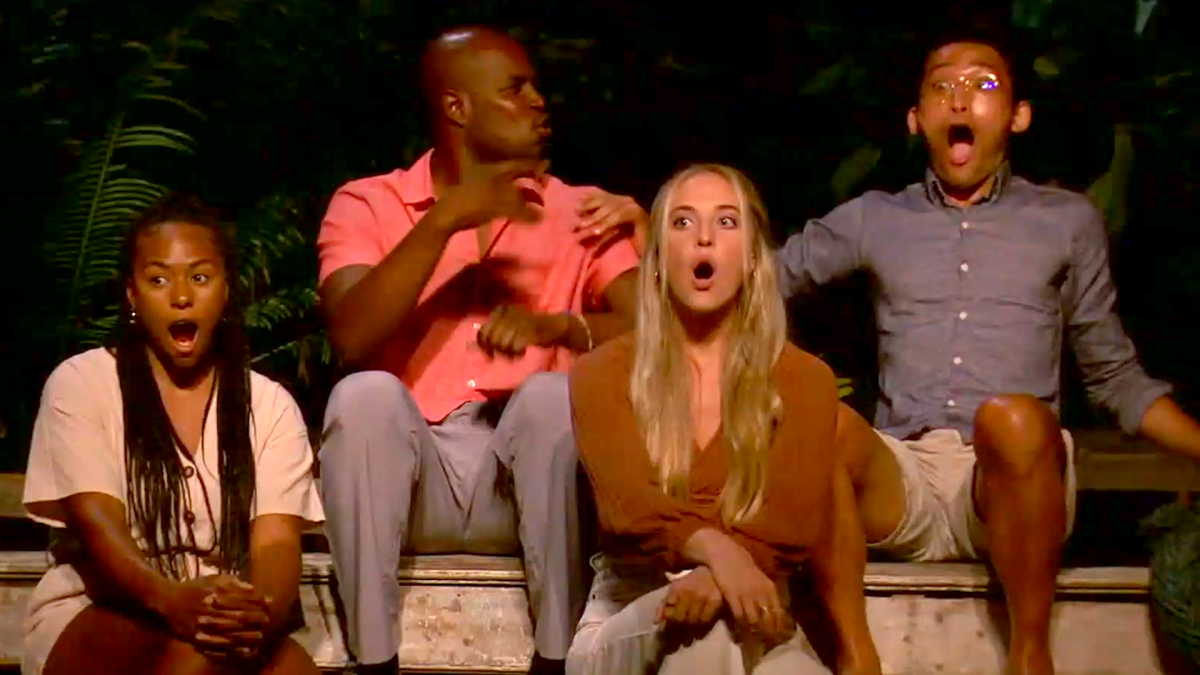 42 seasons in and Survivor is still wowing viewers with clever gameplay and deceitful backstabbing. Wednesday night’s episode was no exception, as Drea learned the hard way.

It appeared as if Lindsay was destined for the chopping block earlier in the show. She competed against Jonathon in a Do or Die challenge and lost. As a result she had to play a game of chance to avoid elimination. Surprisingly, she won the game which meant there would have to be a vote.

“I’m, like, speechless at this moment,” Lindsay said. “I can’t even…God, I love Survivor! This is awesome!”

While Drea believed she would be voted off, should Lindsay survive, she didn’t appear too concerned because she had the Knowledge of Power advantage. The advantage allowed her to ask one player if they had an idol or advantage and seize it. Since she knew Mike had an idol, she assumed she would be safe. However, she was wrong.

Prior to the tribal council meeting, Omar told Mike that Drea was going to steal his immunity idol with her advantage. Omar convinced Mike to let him hold the idol during the council. So when Drea tried to take it from him, there was nothing to take.

Ultimately, votes were cast and Drea was eliminated. Viewers loved all the plot twists and backstabbing almost as much as Jeff Probst.

“Never seen a moment like this,” Jeff said. “I got to say, just as a viewer, I can’t think of a season where I’ve ever seen this much fierce gameplay and camaraderie. This is the ideal way, in my mind, for Survivor to be played.”