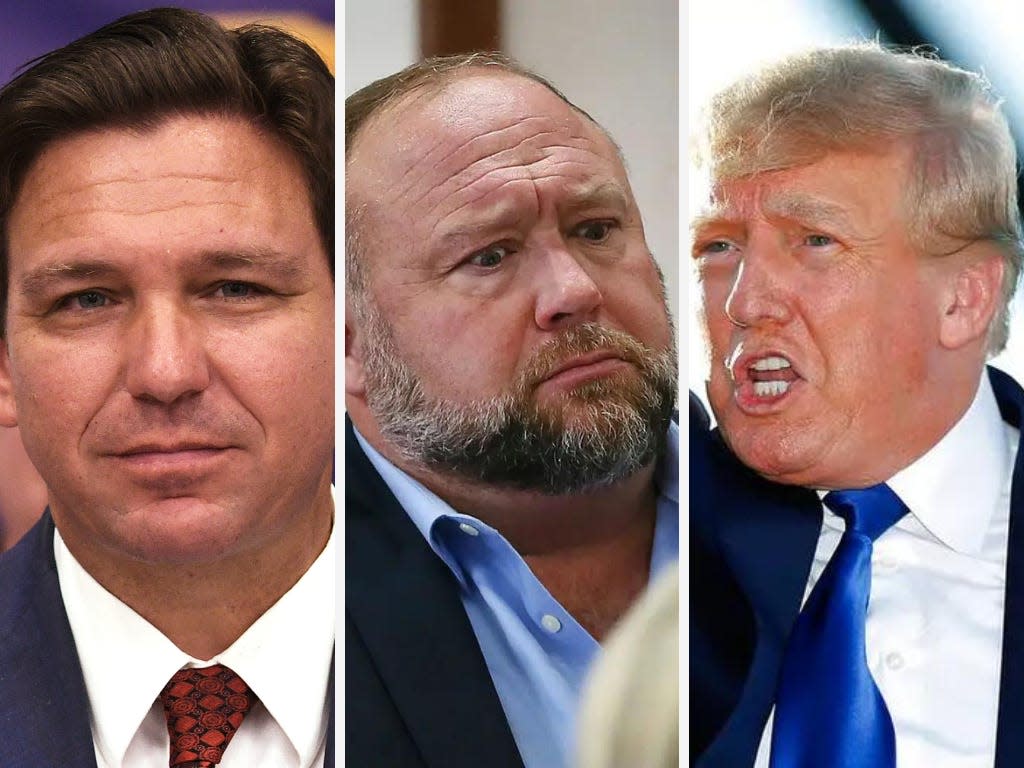 During an Infowars broadcast this week, Jones declared that he would no longer “pigheadedly” support Trump.

Jones said he disagreed with Trump over Operation Warp Speed — the former president’s initiative launched in May 2020 to produce COVID-19 vaccines — but backed him anyway. He added that he believed Trump needed to be kept in power at the time to prevent the “nightmare scenario” of Joe Biden being elected president.

“That said, I am supporting DeSantis. DeSantis has just gone from being awesome to being unbelievably good,” said Jones. The far-right host added that he could see “real sincerity” in DeSantis’ eyes when watching footage of the lawmaker.

While Jones was known to be a diehard Trump supporter, he was also among several fringe MAGAworld individuals who lashed out at Trump last December after the former president called for people to take the COVID-19 vaccine.

In February 2021, the Justice Department and FBI began investigating whether Jones played a role in the Capitol riot. Earlier this month, a jury found Jones liable for $45.2 million in punitive damages owed to the parents of a Sandy Hook shooting victim. He had been sued for defamation over his bogus claims that the shooting was staged.

Jones is not the only MAGAverse figure whose support for Trump appears to be wavering. This week, Fox News host Laura Ingraham said Americans are “exhausted” by political conflict and might consider it “time to turn the page” on Trump. Other personalities who support DeSantis include podcast host Joe Rogan and Tesla CEO Elon Musk.

Jones pulling his support for Trump comes amid turbulence in Trumpworld over the FBI’s Mar-a-Lago raid last Monday. The Justice Department is investigating whether Trump broke any of three federal laws — including the Espionage Act — by keeping classified documents at his Florida residence.

DeSantis and Trump are the leading contenders for the 2024 Republican presidential ticket, though neither has made a formal declaration about entering the race.

Representatives for DeSantis and Trump did not immediately respond to a request for comment from Insider.