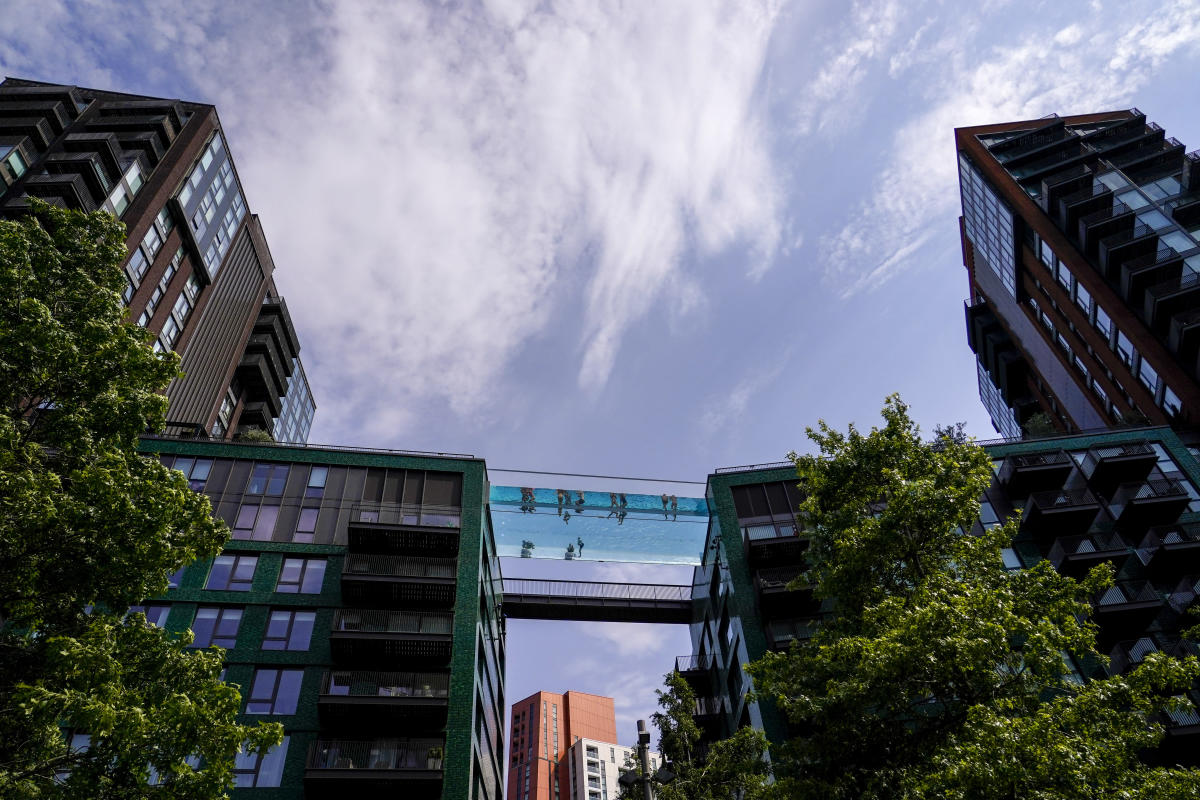 LONDON (AP) — Millions of people in Britain woke from the country’s warmest-ever night on Tuesday and braced for a day when temperatures are forecast to hit 40 degrees Celsius (104 degrees Fahrenheit), as a heat wave scorching Europe wallops a country more used to mild weather and rain.

The U.K.’s Met Office weather agency said provisional figures showed the temperature remained above 25 C (77 F) overnight in parts of the country for the first time.

“The temperature will be very hot throughout the day, before rising as high as 40 C, maybe even 41 C in isolated spots across England during the afternoon,” she said.

A huge chunk of England, from London in the south to Manchester and Leeds in the north, is under the country’s first warning of “extreme” heat, meaning there is danger of death even for healthy people, as the hot, dry weather that has scorched mainland Europe for the past week moved north.

Average July temperatures in the U.K. range from a daily high of 21 C (70 F) to a night-time low of 12 C (53 F), and few homes or small businesses have air conditioning.

Many people coped with the heat wave by staying put. Road traffic was down from its usual levels on Monday. Trains ran at low speed out of concern for buckled rails, or did not run at all. London’s Kings Cross Station, one of the country’s busiest rail hubs, was empty on Tuesday, with no trains on the busy east coast line connecting the capital to the north and Scotland. London’s Luton Airport had to close its runway because of heat damage.

Transport Secretary Grant Shapps said Britain’s transport infrastructure, some of it dating from Victorian times, “just wasn’t built to withstand this type of temperature — and it will be many years before we can replace infrastructure with the kind of infrastructure that could.”

At least five people were reported to have drowned across the U.K. in rivers, lakes and reservoirs while trying to cool off.

Climate experts warn that global warming has increased the frequency of extreme weather events, with studies showing that the likelihood of temperatures in the U.K. reaching 40 C (104 F) is now 10 times higher than in the pre-industrial era. Drought and heat waves tied to climate change have also made wildfires harder to fight.

Thousands of people have been evacuated from their homes and vacation spots in the Gironde region of southwest France since wildfires broke out in tinder-dry pine forests a week ago.